Last weekend, we (once again) found ourselves in the beautiful city of Paris, but this time accompanied by Kevin’s parents.  We had superb weather and superb company in this superb city.

Here are the highlights… 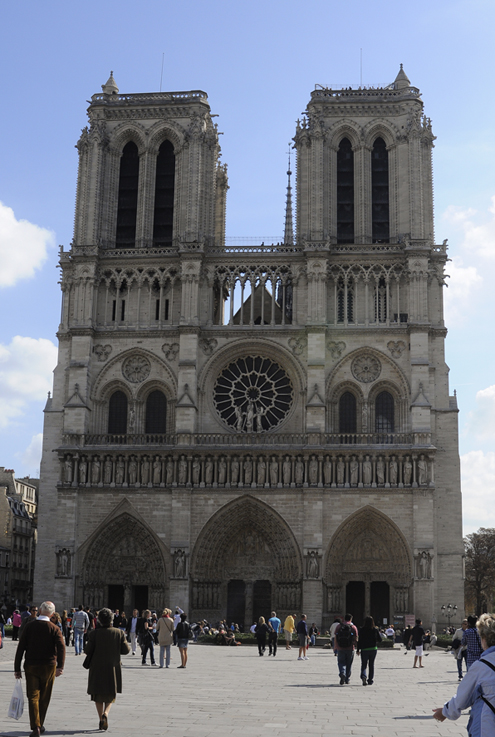 Notre-Dame Cathedral, dedicated to the Virgin Mary, is one impressive place of worship.  Construction on this massive cathedral began in 1163 and continued for over 180 years. 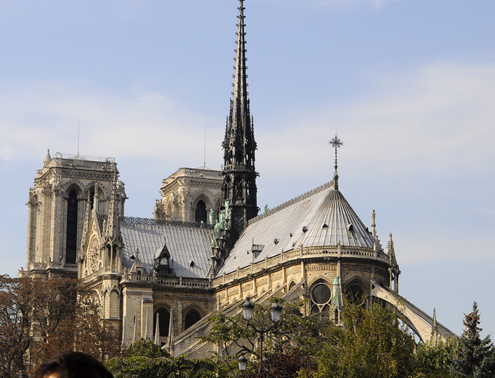 The structure represents some of the best Gothic architectural elements in the world.  From its flying buttresses and magnificent spire on the outside to its vaulted ceilings and intricate stained glass windows on the inside, it’s no wonder this Cathedral is one of the most famous. 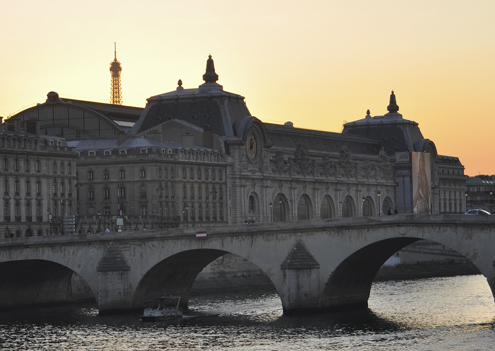 The Musée d’Orsay, on the left bank of the Seine, is one of our top museums.  One, for its extensive collection of Impressionist and Post-Impressionist masterpieces (Monet, Degas, Gauguin, Van Gogh, Cézanne, etc.) and, two, for its structure. 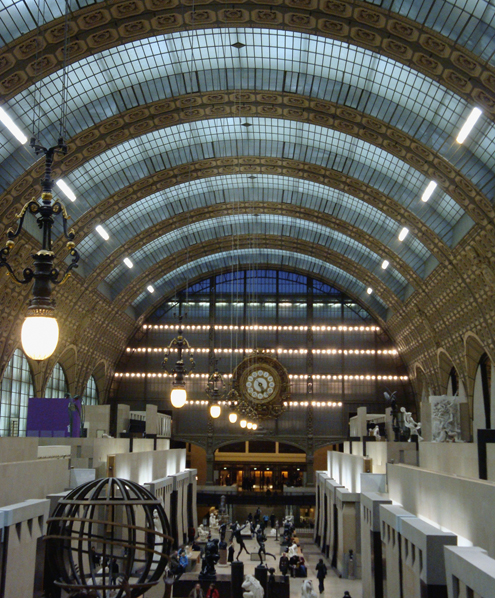 The museum was originally a railway station and, from the photo above, you can see that it makes a striking space for a museum.  It is certainly one to visit over and over again.  (Note: Photographs are no longer allowed in the museum.  The photo above was taken December 2009).

Sacré-Cœur Basilica, dedicated to the Sacred Heart of Jesus, is located on Paris’ highest point in Montmartre.  Consecrated in 1919, the Romano-Byzantine Basilica took around 44 years to build.  The interior is dim, but the golden mosaic of Christ, located in the apse, provides enough light to lead the way. (It is also one of the largest mosaics in the world).  The exterior is built with a travertine stone that whitens with age, making Sacré-Cœur a striking landmark in the City of Light. 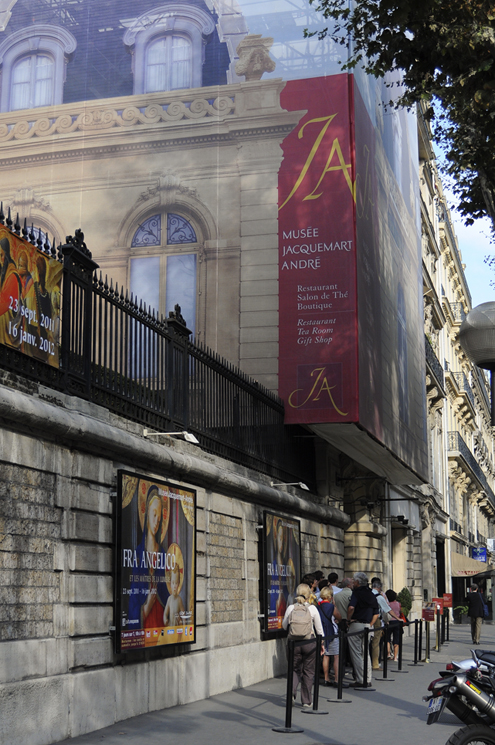 The Jacquemart-André Museum offers a look into the former home of a wealthy, 19th-century Parisian couple.  Edouard André and Nélie Jacquemart maintained an impressive collection of art, antiques, and unique finds from around the world.  With the informative audio guide in hand, it’s easy to slip into their sumptuous surroundings.  Fra Angelico and the Masters of Light exhibition is currently on display until 16 January 2012 and should not be missed.

Let’s begin with “Wow!”  I have never seen so many stained glass windows in one location before.

La Sainte-Chapelle (or The Holy Chapel) is a Gothic architectural feat of glass, light, and color.  It was built by Louis IX, between 1242 and 1248, to house his Holy Relics, which included (supposedly) the Crown of Thorns (presently kept in the Notre-Dame Cathedral Treasury).  The 15 panels of stained glass cover over 1,100 scenes from the Bible, leaving a lasting impression on the senses.

…and that wraps up our trip!

Thanks for a great weekend, Marcia and Dave.  We had a wonderful time with you in Paris—a city that never disappoints!

P.S.  Congratulations, Josh & Sylvia!  It was so great to be with you in Paris.

This entry was posted in France and tagged Paris, photography, travel. Bookmark the permalink.