To celebrate our anniversary, Kevin and I took a short trip to Seville, Spain last weekend.

As the fourth largest city in Spain, Seville is simply beautiful.  Rich in Gothic and Moorish architecture, tasty tapas, flamenco and bullfighting, Seville offers up a truly Spanish experience.  Here are some of the sights…

Being in Seville for the Euro 2012 Spain v France Football Match was a real treat.  Hundreds of fans flocked to the Metropol Parasol (a huge, mushroom-like, wooden structure) in Plaza de la Encarnación to watch their Spanish team defeat France 2-0.  The cheers were endless…

As one of Seville’s main attractions, the Gothic Seville Cathedral is an impressive architectural feat.  Built on the site of the Great Mosque of the 12th century, it is the third largest cathedral in the world, behind St. Peter’s Basilica in Rome and St. Paul’s Cathedral in London. 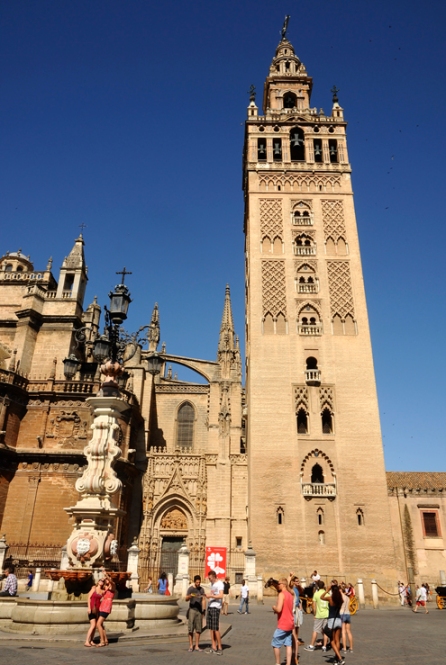 The original mosque’s minaret, La Giralda, converted into a bell tower, was preserved during the cathedral’s construction.  It is a beautiful Moorish structure that offers amazing views of the city from the top.

Inside the cathedral stands the monumental tomb of Christopher Columbus.  The authenticity of the remains inside the tomb, however, are still up for some serious debate between Spain and the Dominican Republic, despite DNA testing.

With its numerous chapels, a great deal of time can be spent inside the cathedral viewing notable works of art, reliquaries, stained-glass windows, as well as the Gothic altarpiece of the Capilla Mayor (high chapel)—referred to by many as the largest altarpiece in the world.

Originally designed for the Ibero-American Expo of 1929, the recently refurbished Plaza de España (Spanish Square) is currently home to several government offices, including Seville Town Hall.  This semicircular complex of buildings with brightly tiled sections and ornately decorated bridges was featured in the film Star Wars Episode II:  Attack of the Clones. 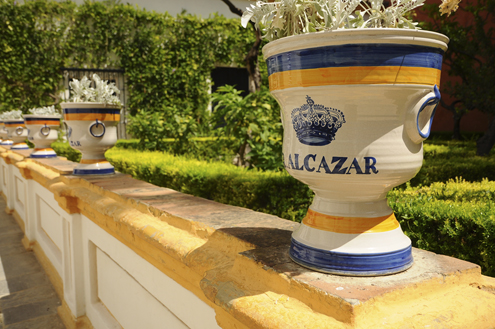 The Real Alcázar is a royal residence once used as a military fort by the Moors in the 9th century.   With Spanish, Christian, and Moorish architectural influences, this palace offers a myriad of design elements to stimulate the senses.

The Palacio de Don Pedro was the palace of King Peter I in the mid-1300s and is considered one of the most important Mudéjar style buildings in Spain.  The upper floors currently serve as the official Seville residence of the Spanish royal family. 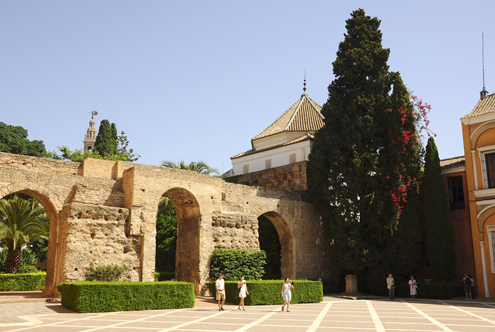 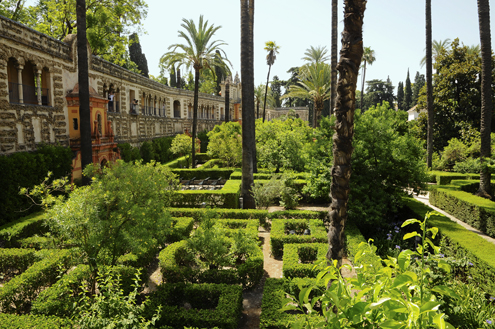 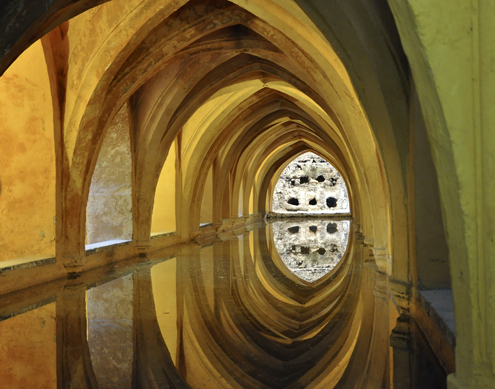 The Baths of Lady Maria of Padilla are rainwater tanks named after the mistress of King Peter. 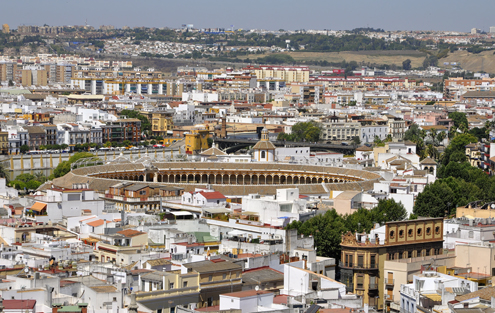 All Hail the Matador! 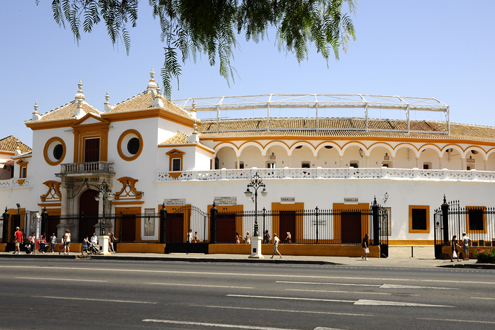 The Torre del Oro (Tower of Gold), located on the banks of the Guadalquivir River, served as a watchtower in the 13th century.

Leave a Reply to "Our traveling without moving!..." Cancel reply