Recently, we ventured to Scotland for a bit of outdoor fun in the Highlands and a quick city stop in Glasgow.  It was a jam-packed weekend filled with history, art, a hike, a couple of castles, loads of sheep and a famous monster.

Here are the highlights from the Highlands… 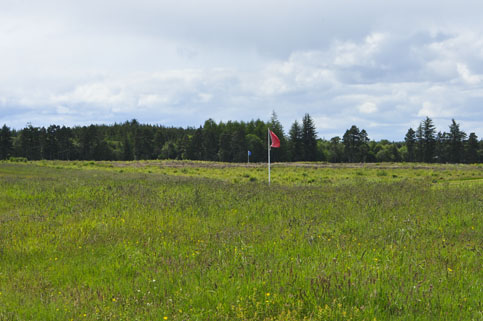 About 5 miles east of Inverness, stands the village of Culloden where the brutal Battle of Colloden took place in 1746.  It was a bloody battle that lasted just under one hour between the Jacobite forces of Bonnie Prince Charles and the government troops of William Augustus.  The Jacobite army was determined to restore the House of Stuart to the British throne, but the British army was just as committed to maintain its current Hanover monarch.   The Jacobites were outnumbered and suffered severe loses.  This loss marked the beginning of the end of the Scottish clan system. 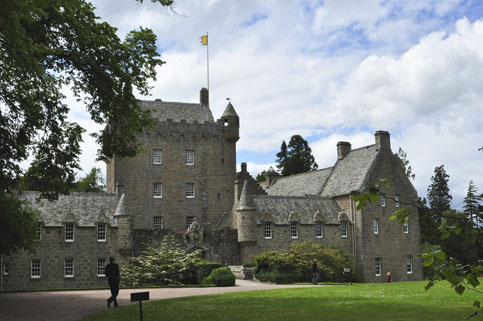 In Nairn, we paid a visit to Cawdor Castle.  The main tower of this castle was built in the 15th century while most of its additions took place in the 17th.  It is still an inhabited castle, although I’m uncertain how often the Countess of Cawdor is actually present.  The decor is not as “castle-esque” as one might think.   However, the grounds, gardens and the castle itself are aesthetically pleasing. 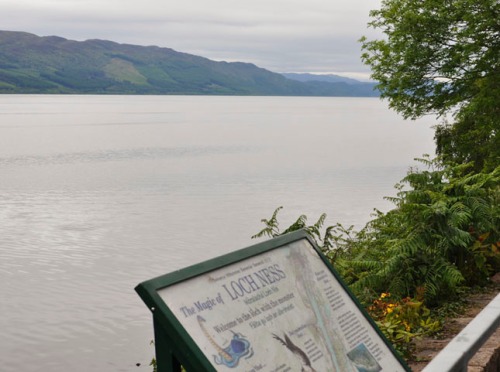 We stopped by the legendary Scottish Loch (lake) hoping to catch a glimpse of its famous monster.  No, good ‘ol Nessie didn’t show herself to us, but she still draws large crowds.

Once a medieval stronghold, Urquhart Castle stands in ruins on the banks of Loch Ness.  Its conflict-heavy history dates back to the 13th through 17th centuries when it passed back and forth between English and Scottish hands.  It was raided and seized several times until it was finally blown up in 1692.  It is one of Scotland’s most visited castles. 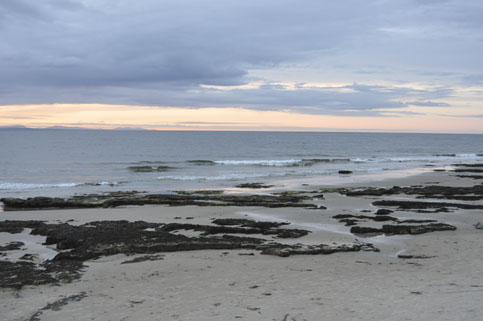 Since the Highlands sit far north of the equator, the summer months boast long hours of daylight.  The photo above was taken at 10:10pm.  Lovin’ it!

Here are a few of our fluffy, new friends we met along the way…

We seem to think the Highlands might have more sheep than people.  So cute!

Kevin and I took some time out from sight-seeing to hike to the top of Ben Nevis—the UK’s largest mountain.  At 4,409 feet, Ben’s summit provided us a real treat of thick fog, strong winds and heavy mist (borderline sleet).  Needless to say, we were not prepared. The rain-gear failed to find a spot in our suitcase, but we persevered and finished…and it was awesome! (even though Kevin and I looked like we went through a car wash) 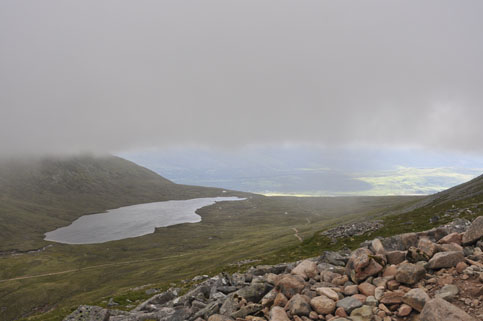 The hike itself is a real beauty—green mountains, steep cliffs and incredible views.  It was a moment we will never forget.

Being surrounded by the glorious scenery of Scotland’s Highlands was a true pleasure.  It was a great visit.