Our Day at the Royal Wedding

With a camera, water and food in tow (and the city buzzing with excitement!), we started our day at 9:15am with a quick stop in Green Park.  The City of London was kind enough to place giant screens in Green Park, Trafalgar Square and Hyde Park so those of use who weren’t invited to attend the wedding could watch it together. 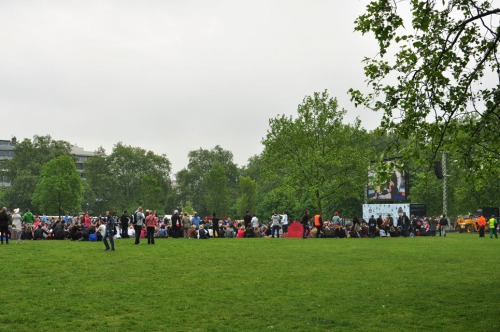 After the stop in Green Park, we made our way over to The Mall via Trafalgar Square (this was a round-about way, we know, but due to all the road closures and people it really was the only way).

When we finally arrived at The Mall, the police, camera crews and spectators, (young and old alike) were ready for the show… 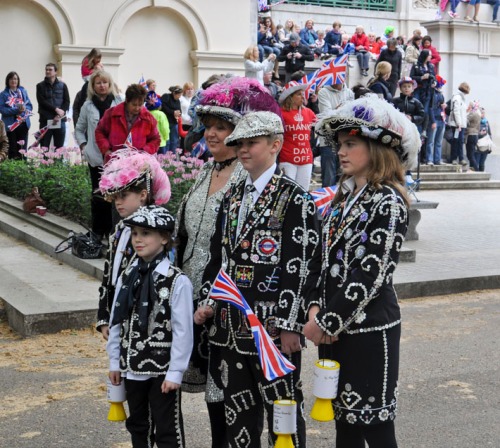 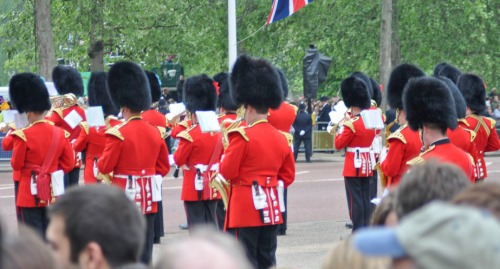 Since the best vantage points along The Mall were already taken, we decided it was best to hightail it to Hyde Park so we could actually watch the ceremony.  It was 10:20 …let the fast walking and crowd-dodging begin.

We arrived in Hyde Park in time for Kate’s arrival at Westminster Abbey at 11am. With over 100,000 people in attendance, it was an amazing and truly memorable experience. 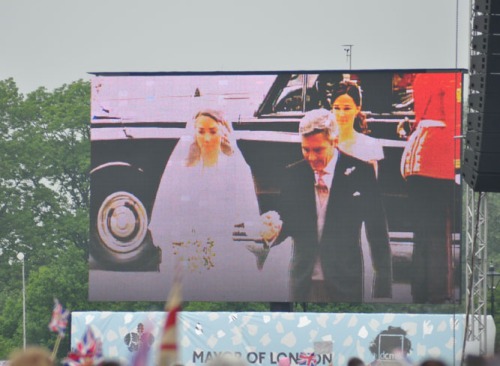 After the ceremony, we walked around the city, snapped photos and took part in the celebrations (there might have been a couple of pub stops along the way too…just sayin’).

We eventually found ourselves at Westminster Abbey and back at The Mall where crowds were still gathered.  What a day!!! 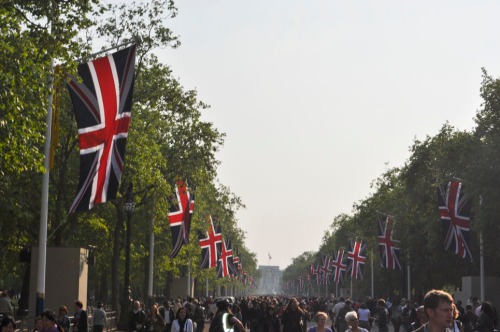 This entry was posted in London Life, The Events and tagged Royal Wedding, Will and Kate. Bookmark the permalink.

6 responses to “Our Day at the Royal Wedding”